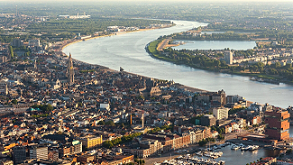 With 86 percent of all rough diamonds flowing through Antwerp on their journey from mine to market, trends from the diamond capital give a fairly good indication of what is happening in the rough trade globally. According to February's figures from the Antwerp World Diamond Centre (AWDC), the trade in smaller, lower-priced goods is picking up again, but this does not mean demand is robust, as prices continue to tumble - something that cannot be said for the polished trade, where prices remain high.

In February, Antwerp imported 6.95 million carats worth of rough diamonds, a modest 2% increase over February 2018 but a 23% increase over January, and yet the value of those imports fell by 14.5% compared to last month and 28% year-over-year, driven by a 30% decline in the average price per carat ($89). It would appear that smaller goods are entering the pipeline again, and are being exported in higher numbers as well, but the fact that the manufacturers already have too much supply is forcing prices down.

It thus comes as no surprise that De Beers' sights in January and February have combined for $990 million in sales, representing the lowest revenue the company has achieved since 2016, when they first started publishing their monthly results. Diamond miners are struggling across the board, especially those producing cheaper and smaller gems where there is too much supply, leading to weaker demand and lower prices. There is currently too much supply of the cheaper stones, resulting in very low profits for the companies that trade, cut and polish them.

Meanwhile, the polished trade in Antwerp continues to see rising prices and slightly lower volumes. We will not look at exports for this month, which are skewed by the Hong Kong trade fair (exports rise to accommodate the show and the unsold goods return in March). The value of polished imports for the month of February increased by 7% to $770 million compared to February 2018, despite a 2% decline in the volume of goods imported, as the average price per carat rose by 10% to $2,013 per carat from $1,836 per carat. However, 200,000 fewer carats were imported to the diamond capital than in January, again pointing to an excess of inventory on the market.