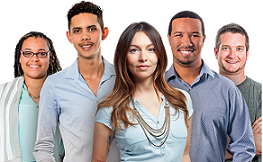 The luxury market analyst Pam Danziger, writing for Forbes, reported that a new study argues that Millennials are about to radically transform the luxury market by 2025. What millennials expect from luxury brands is radically different from previous generations, she wrote. The study was by Boston Consulting Group (BCG) and Altagamma and concerns the United States and China, the world's two largest markets for luxury brands.

Here are some numbers:

In 2018 the luxury market is reported to have reached about $1 trillion, of which circa $370 billion was in personal luxury goods and $660 billion was for experiential luxury, such as dining, hotels, cruise/resorts, wine and spirits, design furniture, lighting, cars, boats and smartphones/tablets.

The global luxury market is predicted to top $1.5 trillion) by 2025, with experiential luxury growing about 5 percent, far faster than personal luxury at 3 percent, with accessories and cosmetics expected to gain the most from 2018-2025.

Today Millennials, those born from 1978-1992, represent only about 32 percent of spending in the personal luxury market, but by 2025 they are expected to make up 50percent of the total market. Some 130 percent of market growth in the next seven years will be attributed to the Millennial generation. Note: the birth years defining the generational cohorts in this study differ slightly from that common in U.S. demographic analysis.

But Willersdorf advises that the younger Gen-Z cohort (1993-2001) will have a strong influence on how fast and deep the changes in the luxury market evolve, yet they remain a mystery to many luxury brands.

"Today Gen-Z represents only about 4 percent of the true-luxury market, but we can't underestimate them because of their low-purchase rate," she says. "By 2020 we estimate that they will drive 8 percent of true-luxury spend. But more than that, they have a powerful influence in the market and have a different set of values and ideals than even the Millennials."

Given BCG/Altagamma's six-year perspective on the true-luxury market, the report identifies six previously transformational trends that have stabilized. They are well established in the market and will remain part of the luxury business model, notably omnichannel distribution, mono-brand stores, made-in/country-of-origin authenticity, high-low/mix-and-match flexibility, customization, and shopper tourism.

Further, four other trends are on the rise and will continue to drive demand, including the luxury of casualwear, the influence of "influencers" on consumer preferences, social media engagement and online sales, which has reached over 20 percent penetration as the "place" of consumers' last purchase.

Millennials are demanding that luxury brands look beyond their four walls and the traditional designers that work there for new ideas and interpretations of luxury.

"Collaborations are key to the new luxury," Willersdorf says. "Millennials are looking for innovation in design, along with unique collections that reflect their individuality and values."

While the second-hand personal luxury goods market is small (~$25 billion) its influence on the primary market way outpaces its dollar value.

Overall 44 percent of consumers surveyed say they consider the resale value of new items they purchase, with 50 percent of Millennials thinking long term to a much greater extent than Gen-Xers (35 percent ) or Boomers (24 percent). And the report also notes that only 34 percent of those surveyed actually consign goods with second-hand sellers, which suggests a further opportunity for segment growth.

"Second-hand luxury is rapidly becoming mainstream," Willersdorf says. "And it is not just the lower price that attracts these true-luxury consumers. It is often the only way they can buy scarce, limited-edition, special sold-out collaborations missed the first time or vintage items." But growing in importance are concerns about sustainability and the desire to be responsible consumers.

The sustaining power of sustainability

Since 2013 luxury consumers' purchase decisions have shifted dramatically by their concerns about sustainability and social responsibility.

As we concluded our discussion, Willersdorf warned against luxury brands overlooking the next-generation consumers, as they might have underestimated the influence of Millennials a decade ago, when they still hadn't reached scale as true-luxury consumers.

Generational shifts are hard to adapt to, and this coming one that will be brought about by the Gen-Zs will magnify the trends driven by Millennials and at the same time be different from them.