Is The Ostrich Finally Lifting Its Head Out Of The Sand? 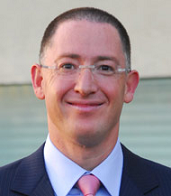 It's a myth that, when faced with danger, ostriches bury their heads in the sand. In fact, they usually face the threat head-on. Yet the "political" leadership of our diamond industry behaved like the metaphorical ostrich when they tried to convince themselves that lab-grown diamonds would not threaten the existing market.

They thought that they could make believe that lab-grown diamonds are not "the real thing" and that people would understand. The thinking was, "All we need to do is explain the difference to consumers."

Trying to fight new technology has always failed. Trying to do it in our era - when news travels from one side of the world to the other in nanoseconds - is Mission: Impossible.

I, unfortunately, think that the "politicians" who lead the industry made every possible mistake trying to fight the lab-grown market. The only little hope for me is that the Diamond Producers Association (DPA) has finally begun to advertise diamonds to the world.

In my opinion, the economic downturn in the diamond industry began about 15 years ago when De Beers decided to end its international marketing and advertising campaigns. We have to understand that if Coca-Cola stops advertising today, it will continue to have great sales for a few years - but at some point in the future, it will lose market share.

"Prophecy was given to the fools," so says an old Jewish idiom, so I won't try to guess the future. Nobody knows if lab-grown stones will take over the natural diamond market; it may be considered a part of that market or it may be a totally different category. The jury is still out. I will, however, take a small risk saying that lab-grown diamonds are here to stay.

The Question of Price Stability

As frequently occurs with new technology, the prices of lab-grown diamonds keep dropping and each time we see a price drop we think that it cannot go lower - but it does. Prices of natural diamonds have also dropped in the past few years and again, we always have the feeling that it has reached rock bottom, but it never does. Is there a connection? There must be.

The industry is in very bad shape. There are hundreds of empty offices in the diamond exchange buildings in Ramat Gan, as well as many offices in New York's diamond district. Antwerp is a ghost town and in Surat, where there used to be almost a million diamond cutters, more than half are now unemployed.

The U.S. has seen more than 5,000 jewelry stores close in the past five years. Four years ago, a new product - lab-grown diamonds - entered the market that can help people make a living. So, who has adopted it? Many U.S. independent jewelers!

These smart people have decided that instead of going out of business, they will offer their customers lab-grown diamonds - and they've done so successfully. As far as I am aware, to date, no jewelers who adopted lab-grown diamonds have closed their doors. Guess who tells them, "Don't do it, it will ruin us?" The "politicians" leading our industry, that's who.

And who is trying to ban the lab-grown diamond trade in the diamond bourses? It's the same "politicians who tried to ban the trade in clarity enhanced diamonds more than 30 years ago.
At that time, I opened Yehuda Diamond Company in New York and introduced Yehuda Clarity Enhanced Diamonds to the market.

The industry "politicians" tried to ban them from the trading floor, and then they asked the gemological laboratories not to grade them. Eventually, when they lost that fight, they joined the clarity enhanced market, and it was hard to find a diamond dealer that didn't deal with clarity enhanced diamonds at some level. Why? Because they can make money doing so! And this will eventually also be the case with lab-grown diamonds.

The Train Has Left The Station

Today, most of the larger Indian companies, most of the Sightholders, have entered the lab-grown market - yes, De Beers opened that door for them - and they either bought-in and became partners or developed an interest. Almost nobody is left out.

This is another reason for price drops, even though new big retailers are joining, such as Kay Jewelers and Jared in the U.S., which are both owned by Signet Jewelers; supply is currently greater than the demand.

It's been reported that the Bharat Diamond Bourse in India is considering allowing the trade of lab-grown diamonds on the trading floor. Up until very recently the bourse resisted the change and fought it, but eventually, they changed their mind and have decided to at least consider it. Why? Because market forces and the need to make a living are stronger than any ideology.

On the other hand, in Israel, where hundreds of companies have no way to make a living in the diamond trade, there is a 17 percent value-added tax (VAT) on lab-grown diamonds, while there is no tax on natural diamonds. Does it prevent honest people from making a living? The answer is a resounding yes! When will the VAT be lifted?  When the "politicians" themselves start dealing in lab-grown diamonds - just like in India.

Lab-grown diamonds are here to stay. It's not smart to try to prevent people from dealing with them.

Source: Idex Online - Dror Yehuda is president of Yehuda Diamond Company, which produces natural clarity enhanced and lab-grown diamonds and the Sherlock Holmes diamond detector. The views expressed here are those of the author and do not necessarily represent or reflect the views of IDEX Online. This article was first published by Jeweller, as part of The Great Diamond Debate.