Is the Diamond Industry Really in a Crisis? 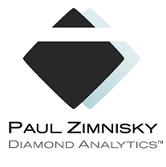 Diamond industry conditions have recently been described as a “crisis.” In some segments of the industry anecdotes of “no business” have surfaced as well as “no demand” for certain categories of diamonds. A representative for a leading trade group of manufacturers in India has recently said the current “recession” is “worse than the one witnessed in 2008-2009” during the global financial crisis.

De Beers' rough diamond sales in dollars are down 17% year-to-date through June compared to the same period last year. ALROSA’s (MICEX: ALRS) sales are down 33%. According to the Zimnisky Global Rough Diamond Price Index, a proxy for the like-for-like change of the global product mix, rough diamonds are down 2.3% year-to-date as of July 20 and are currently sitting at a 52-week low (figure 1).

Industry-wide challenges are understood and have been well publicized at this point: high inventory levels throughout the pipeline, a continued deleveraging of the mid-stream sector, reduced manufacturing credit availability, uncertainty surrounding the proliferation of man-made diamond jewelry and weak downstream sentiment related to macroeconomic and geopolitical factors.

On July 18, De Beers’ parent, Anglo American (LSE: AAL), cut 2019 diamond production guidance to approximately 31 million carats, down from a previous range of 31-33 million. However, even at the high-end of the previous range, De Beers production was expected to fall by over 8% year-over-year as supply is inevitably impacted by the closing of legacy mines: Victor, Voorspoed and Elizabeth Bay. In addition, the timing of the transition to underground mining at Venetia further curtails production capacity this year.

While the impact of the guidance cut is arguably negligible relative to an estimated global output of 143 million carats this year, it serves as an important reminder that this industry remains proactive in protecting itself. Upon the announcement, De Beers made it clear that the guidance cut is strategic in nature and that it is in “response to weaker trading conditions” as the company “continues to produce to market demand.”

Longer-term, global rough diamond production is estimated to incrementally fall annually through at least 2021. These supply fundamentals should be supportive in the challenging environment the industry is currently wading through. Further, despite concern over the condition of the manufacturing industry, mid-stream inventory continues to moderate according to estimates and is approaching more normalized levels (figure 2).

While the future of global end-consumer diamond demand poses uncertainty given the potential macro impact of the trade wars, the Hong Kong protests, tensions with Iran, Brexit, the France Yellow Vest movement and negative interest rates in Europe etc., growth while not great, still appears positive none-the-less. The largest jeweler in the world Tiffany & Co. (NYSE: TIF), which is a proxy for the global market, is guiding a sales increase of a “low-single-digit percentage” in the fiscal year ending January 2020.

The U.S., representing the industry’s largest end-consumer market for diamond jewelry at approximately 50%, continues to benefit from a stock market that is at all-time highs —which is supportive of ever-important consumer sentiment. On July 16, the U.S. Department of Commerce said June retail sales (overall retail including jewelry) rose 0.4% month-over-month, which was better than many economist's expectations. Year-to-date, U.S. retail sales are up 3.4% year-over-year.

Despite what might seem counterintuitive to anyone that just read the paragraph above, financial markets are discounting at least a 0.25% Fed funds rate cut at the July 30-31 meeting. This would mark the first interest rate cut in the U.S. since mid-2007. Importantly, while a Fed rate cut theoretically will have a stimulating effect on the U.S. economy, it tends to weaken the U.S. dollar, which could be beneficial for non-U.S. diamond demand, which has been somewhat hindered in recent years by a strong dollar.

There are also positive developments occurring in the industry’s other important markets. Greater China’s largest jeweler, Chow Tai Fook (HK: 1929), opened 549 new stores in the fiscal year ended on March 31, the most new store openings in a fiscal year in the company’s history, bringing the total store count to 3,134 (figure 3). The expanding store footprint implies the company’s confidence in the growth of jewelry consumption in China for years to come. Further, on June 5, management said “we will continue to deepen our market penetration…in the next three to five years,” guiding continued expansion plans. Shorter-term, the company has noted that it expects headline geopolitical risks to be at least somewhat offset with economic stimulus measures currently taking place in China.

In India, a Forevermark company representative recently said that revenue in the market increased 36% year-over-year in the first half of 2019. Forevermark is De Beers’ branded jewelry line with global sales estimated at $1 billion. India is estimated to represent roughly a quarter of the brand’s global sales.

While overall industry sentiment is dire at the moment, the current challenges are seemingly more deeply seated in oversupply than a lack of end-consumer demand, which is arguably a more manageable task for the industry then vice versa. While each segment of the industry is going through its own catharsis of sorts, current problems appear to be most rooted in the cutting and polishing, or manufacturing, segment of the supply chain which undoubtedly makes the industry sensitive to any slowing consumer demand.

That said, the industry is arguably approaching the final innings of a shift to a more efficient pipeline after a multiyear deleveraging of supply. The strongest players are set to survive setting the stage for a leaner industry set on sounder footing that it has in years —perhaps the diamond industry’s version of the U.S. financial sector post-Lehman Brothers and Bear Stearns in 2008-2009.

--
Paul Zimnisky, CFA is an independent diamond industry analyst and consultant based in the New York metro area. For regular analysis of the diamond industry please consider subscribing to his State of the Diamond Market, a leading monthly industry report. Paul is a graduate of the University of Maryland's Robert H. Smith School of Business with a B.S. in finance and he is a CFA charterholder. He can be reached at paul@paulzimnisky.com and followed on Twitter @paulzimnisky.