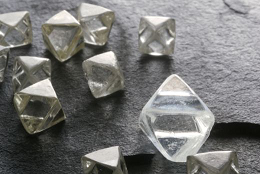 A new program by the Diamond Development Initiative (DDI) aims to help artisanal miners receive certification to show their diamonds are conflict-free.

The Maendeleo Diamond Standards (MDS), named after the Swahili word for development, was created together with various stakeholders. Those include government entities, local civil-society organizations, and artisanal and small-scale miners in four countries in Africa and South America, DDI said last week.

“Standards provide credible assurances to consumers, and they are long overdue for the artisanal and small-scale diamond mining (ASDM) sector,” said DDI executive director Dorothee Gizenga. “MDS enables commercial entities to ethically source diamonds from artisanal and small-scale operations, while also supporting miners and their communities to ensure their inclusion in a broader system of responsible supply chains.”

The DDI conducted a pilot project for MDS in Sierra Leone in 2012 and 2013, expanding it into a full program in 2014. It is now ready to be implemented across the ASDM sector, DDI noted, explaining that diamonds mined by these operations represent nearly 20% of the global industry’s annual output by volume.

“Artisanally mined diamonds are major sources of livelihoods for more than 1.5 million miners working in 18 countries in Africa and South America, supporting as many as 10 million family members,” Gizenga added.